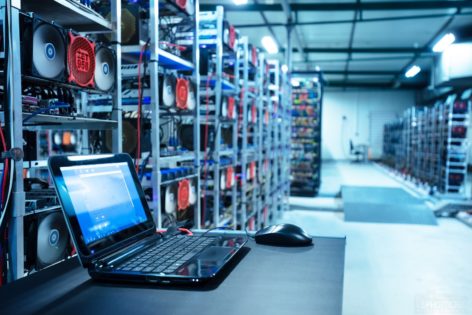 The concepts of “cryptocurrency” and “bitcoin” have become a phrase known and recognizable to a wide range of people. However, if we add the words ‘mining’ and ‘miner’ to these phrases, there is often an increased problem with their location in the context of cryptocurrencies. In today’s publication I will try to explain what these enigmatic expressions really mean and why they are so important that it is worth to spend some time to learn more about them.

What is cryptocurrency mining?

As an introduction, we’ll focus on the leading Proof of Work consensus for most well-known cryptocurrencies such as Bitcoin, Litecoin, Ethereum, Monero, Dash, and Zcash. In order for a cryptocurrencies network to function properly and provide its users with all functionalities, it is necessary to put the computing power to work. Thanks to this calculation, all registered transactions will be validated (verified). In other words, every cryptocurrency user will have absolute certainty that what has been saved in the blockchain is confirmed and verified for correctness.

This is very important because most cryptocurrencies have a maximum number of coins recorded in their protocol, after which they will not be able to be generated further. In this way, we achieve network integrity, both cryptocurrency users and miners meet their expectations: the user feels calm and confident that his transaction will reach the recipient safely, on the other hand miners receive remuneration for their services of securing network. 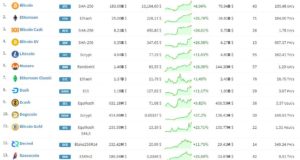 Who can become a miner?

The answer to this question is as follows: anyone who has computing power can become a miner. Computing power can be understood as a smartphone or laptop, it does not have to be a highly specialized computing server. Another thing is how many computing units we will have, there is a definite advantage in favor of specialized equipment. However, even the most ordinary phone can connect to the cryptocurrency network as long as the appropriate software is installed. Such ease of becoming a miner is a practical expression of decentralization – a feature inscribed in the DNA of cryptocurrencies.

The more people make the computing power available, the more distributed and decentralized the network becomes, and at the same time stronger and more resistant to all dangers. It is not difficult to imagine a situation in which, as a result of a failure or deliberate operation, cryptocurrency miners from a specific part of the world will be temporarily disconnected from the network. However, it is much harder to imagine that such a phenomenon can be carried out for the entire globe. As long as at least one copy of the entire history of the blockchain chain is available on the network, cryptocurrency can exist and work.

An extremely important issue arises here – the so-called bottleneck. These are elements of the network architecture that are particularly susceptible to destabilization attempts. As a consequence, the paralysis of these elements is felt throughout the network by each user individually. In the perfect network, the nodes that make up the given network should be distributed as evenly as possible. The purpouse is to eliminate all weak links from the network structure and design the architecture in such a way that there are as few bottlenecks as possible. In this way, we come to the question of what role cryptocurrency mines perform.

Why is cryptocurrency mining so important?

For the most recognizable cryptocurrencies such as Bitcoin or Etheruem, the total computing power is calculated in hundreds of thousands of devices. Specialized cryptocurrency farms with hundreds or even thousands of devices are created for this purpose. If a miner wants to receive regular remuneration and does not have a significant amount of computing power, he should usually join the mining pool, which brings miners together. In this way, the mining pool combines the power of individual miners, thanks to which it is more often rewarded by the network, and then distributes remuneration according to the shares sent by individual miners.

To better illustrate this mechanism, a miner with one small device in the Bitcoin network can wait up to 5-10 years for the first salary. In the mining pool where he cooperates with other miners, this time is reduced to several hours. Miners choose mining pools that guarantee frequent payments. It is worth noting that the difference concerns only the frequency of withdrawals, not their size. A large mining pool will reward a miner contributing a specific hashpower exactly the same reward as a smaller mine. The only difference will be that the larger mining pool will pay more often, and the smaller one will do it at a lower frequency, but with a larger amount of coins.

Here one of the most fascinating features of cryptocurrencies is revealed – the ability to self-regulate. The work will be rewarded with an adequate payment. In this perspective, Proof-of-Work implements one of the fundamental principles of cryptocurrencies – despite the lack of supervision of institutions and third parties, it allows to guarantee fair and reliable rules for using the network. On the other hand, this raises a problem of the distribution of computing power, which manifests itself in the centralization of computing power. The optimal distribution of network power is one in which there are 20 mining pools controlling 5% of the network power each. In this way, computing power is distributed over a large number of mining pools of balanced size.

How does this apply to real world?

In practice, it is difficult to identify any cryptocurrency with such a structure. Usually 3-4 mining pools control 70-80% of the network. This reduces security and poses threats to the functioning of cryptocurrencies. Indirectly, this also translates into their value. Increased centralization is a powerful threat to the entire existence of cryptocurrencies. That is why it is very important to maximally decentralize cryptocurrency networks.

It is good practise to check in the block explorer of a given cryptocurrency what the network structure is – whether by chance there is no mining pool that controls over 50% of the network’s hashpower, or whether there are two or three mining mines that control over 50%. These are natural bottlenecks. It is also worth monitoring other network statistics and checking which mining pools make their nodes available to the network in what quantities and in what condition. This way you can also learn about the attitude of mining pools operators to given cryptocurrency.

There are mines that explicitly declare their willingness to derive income from the commission charged to miners for their services. The development of cryptocurrency is not in their area of interest. Sometimes there is a bizarre situation, in which the creators of cryptocurrencies are not able to implement improvements to the protocol due to the fact that 2-3 mines controlling most networks block such update. It is very good to check how a given mine has behaved in the past and whether its vision is consistent with yours. In this way, we will avoid the situation when we unknowingly support solutions that are unfavorable to the interest of the project.