Cryptocurrency mining – Facts and myths # 2: How does a mining pool work?

Cryptocurrency mining is an integral part of the functioning of decentralized networks. However, what exactly do we need miners and mining pools for? In today’s publication, we will look for answers to these questions.

What responsibilities are the miners tasked with?

Cryptocurrencies are highly decentralized and with strong self-regulatory abilities, do not need a central supervisor to supervise and control the network in order to function. Cryptocurrencies through a protocol in which impossible to change features and basic parameters are written have rigidly defined properties.

In this way, everyone can check what the maximum number of coins is, what the annual issue of new coins is, and whether the issue will be infinite or time-limited. On a daily basis, miners and their machine parks, commonly known as cryptocurrency miners, are responsible for the safe and effective functioning of the network. Thanks to their work, each user can feel confident that all transactions made on the network are secured by the computing power of miners and are included in the cryptocurrency blockchain. The main task facing miners is to add new blocks with transactions to the network, thanks to the computing power, miners are able to validate (confirm) the correctness of these transactions.

For the work done, miners receive remuneration in the form of newly generated coins, which is also an incentive to maintain work for a given network. At a later stage of development, as cryptocurrency emissions continue to decline, miners’ salaries will be replaced with transaction fees (txfee) from each transaction. Currently, the share of txfee is insignificant, but with the increase in the number of transactions, this state should change. 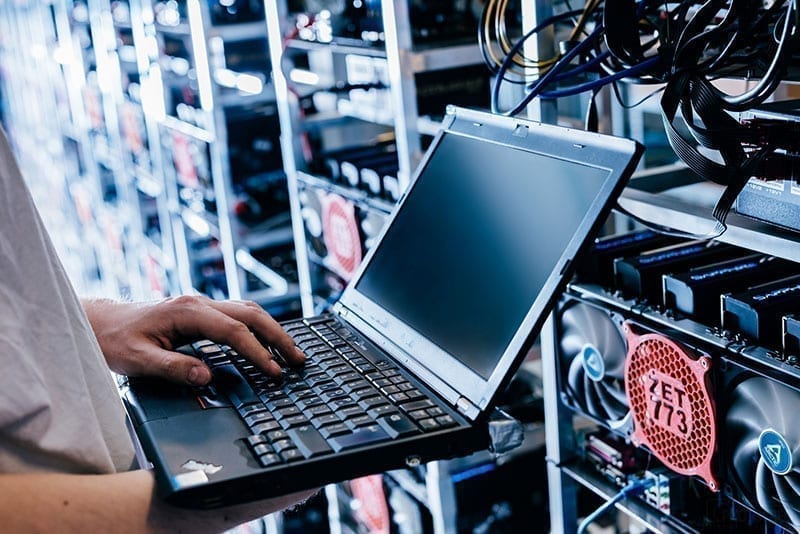 When does a miner get paid?

We already know the tasks performed by miners, it’s time to discuss the available ways of rewarding their work. Basically, each miner can work solo or by joining a selected mining pool. You can find a detailed discussion of this issue here. For large cryptocurrencies such as Bitcoin and Ethereum, solo mining becomes a very risky endeavor as the expected time to find a block can be very long. In simple terms, the required time to find a block can be calculated by the following formula:

What for the Ethereum network and a typical mining rig made of six graphics cards with the power of 180Mh / s gives the following result:

This means that we will have to maintain and power the mining rig for nearly half a year before we get paid. Ideally, that is without taking into account the variance, which can be from a few to several hundred percent.

Thus, the expected time may be several times longer in the case of bad luck, or reduced several times in the case of good luck. Therefore, the vast majority focus on practical solutions and combine into larger computing power clusters within the mining pool. This way, we reduce the waiting time for receiving remuneration while increasing financial liquidity, receiving remuneration in a smaller amount, but at much more predictable intervals.

What are mining pools (platforms)? 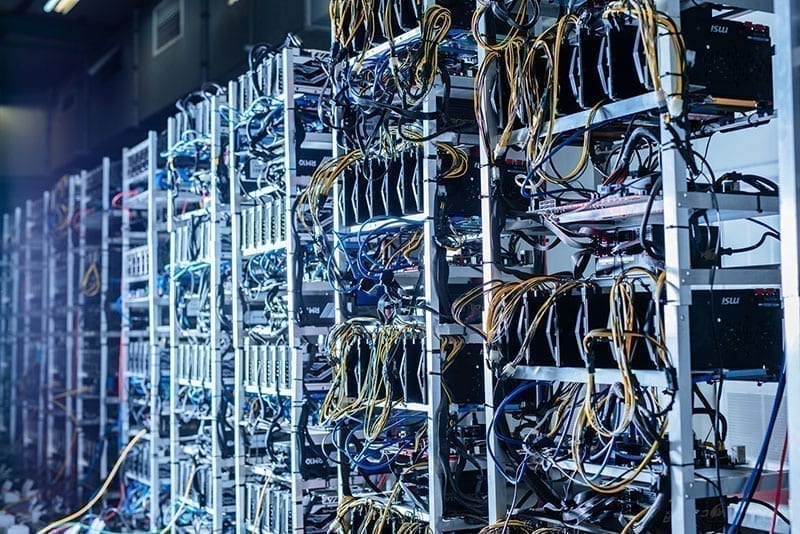 A mining pool can be defined as a protocol for a group of miners that enables them to work together in order to increase the frequency and predictability of remuneration received for the work performed. The mining platform server assigns each of the miners tasks that can be solved and sent back to the pool for validation Ultimately it leads to generating a new block in the network.

After generating a new block, the mining server orders the payment of coins to the miners according to the number of solved tasks, i.e. in proportion to the amount of power shared during the calculation of tasks. If the miner owns 1% of the shares, he will receive 1% of the salary found. There are at least several ways of calcutating shares for miners, the most common ones are described here.

The most enigmatic and at the same time one of the most complex elements in a miner’s life is variance. Variance plays a key role in the mining process because it determines when the miner’s work is rewarded. Mining rigs solve cryptographic puzzles set by the cryptocurrency algorithm. 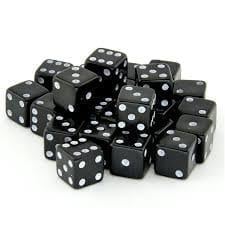 The miner does not know the correct answer. The result is somewhat guessed, as in the case of a die roll – the chance to roll a six is ideally 1/6 – 16.67%, but sometimes we will get six with fewer or more rolls. It’s the same in the case of mining cryptocurrencies, if the miners connected to the pool “guess” the solution incorrectly too many times, the variance grows (luck decreases) until the correct solution is found and a block is generated. Otherwise, when the excavators generate and send the correct solution faster than the average predicted, the obtained variance (luck) is below 100%. This means that the miners put in less effort and received the solution and reward faster than the average value.

Average is the expected time, which we can calculate on the basis of the formula given earlier. The participants of the network have no influence on the course of the whole process. This is one of the more interesting features of the blockchain – its ability to be self-regulating. Each miner can assume that the variance will go up to 100% in the long run, so referring to the presented example, with one typical miner in the Ethereum network, we will find a block every 166 days on average. At the same time, finding a block after 30 days as well as after 400 days is likely. Hence, it is easy to obtain a measurement error due to a very large range in unit measurements. In order to obtain reliable measurements, it is recommended to compare the performance on a sample of at least 50-100 blocks. Thanks to such mechanics, a miner who mines cryptocurrencies over a longer period of time can be confident that his work will be fairly rewarded, adequately to the amount of computing power contributed.

In practice, this means that miners’ salaries are characterized by seasonality, which is supported by favorable or unfavorable variance. Typical situations include miners receiving irregular payouts: one day it could be $ 47, the other $ 62. An experienced miner checks the variance phase of his mining platform. If there are several longer blocks in the history of the last blocks, it is highly probable that such a miner is facing a return of good variance, so a very good day’s work and he should especially take care that his machine park is 100% efficient – it would be a shame to lose what is best in mining.

A common mistake is to compare mining platforms on the basis of a short measurement – miners connect two identical mining rigs to two different mining pools for a period of 24 hours. Then they read the accrued wages and compare them with each other. This is a classic error of too short a sample, if the measurement does not take into account the variance, it is difficult to choose a better mining pool this way. Paradoxically, you can even choose the worse one, which was simply more lucky in the said test. And on a longer trial, it will perform worse, for example because its servers are located in a different part of the world (more latency) or because the pool operator charges a higher commission. It is worth reading data from mining platforms carefully, most professional mining pools publish the history of found blocks on their websites – this is a good practice, such data should, in principle, be publicly available. If you are not able to find such data on your mining platform – maybe this is the sign to wonder why the pool does not publish such information? After all, who of us would like to entrust their savings to a bank that does not inform about the amount of interest on deposits? 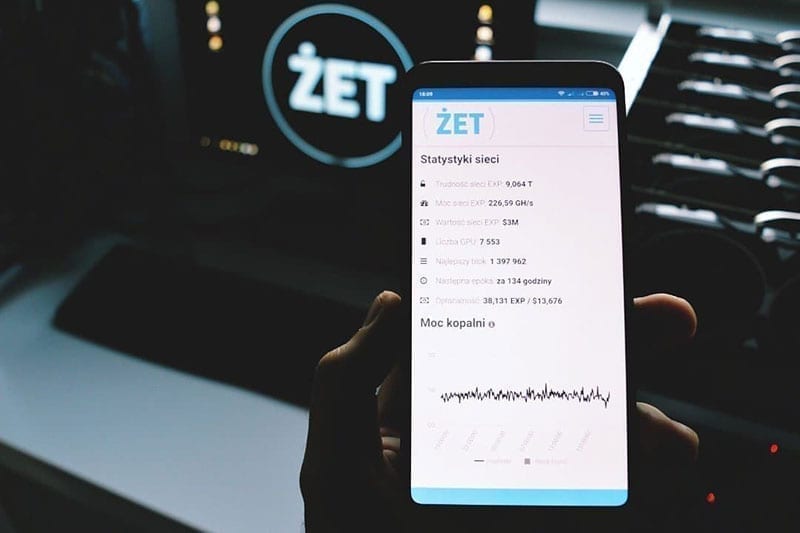