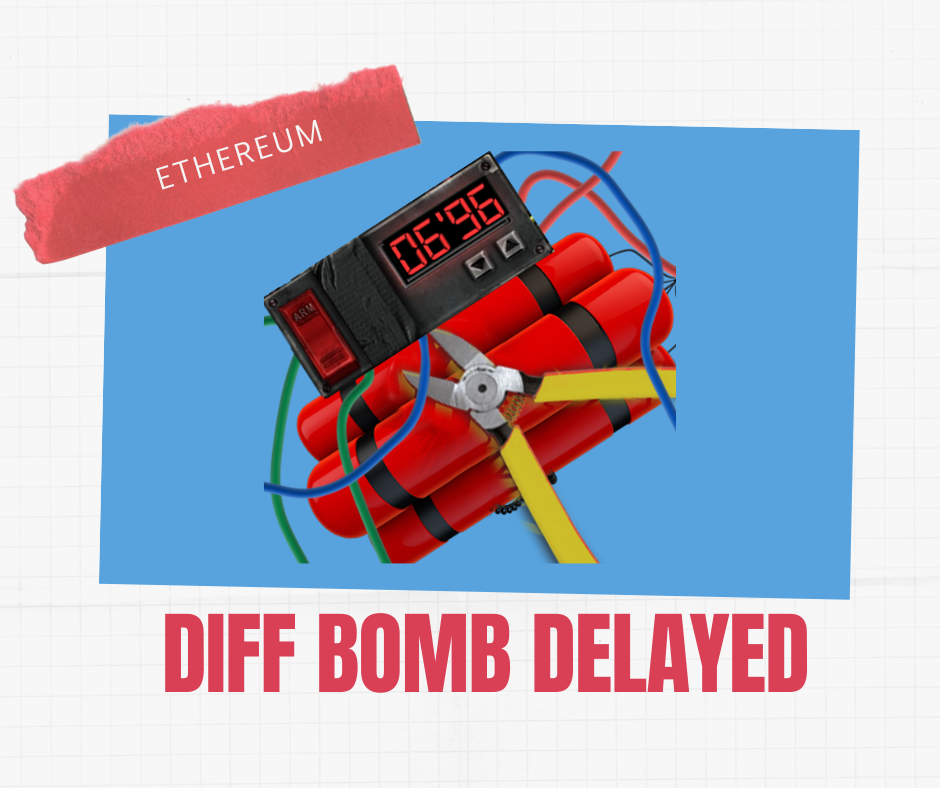 The discussion of the future of Ethereum mining has consistently electrified the mining community for quite some time.

As an operator mining pool (zetpool), we present the latest findings that we have received first-hand from the developers:

Gray Glacier activation will take place at block 15,050,000 around this Wednesday, June 29;

Gray Glacier’s only target is to defuse the Difficulty Bomb;

Reactivation of the Difficulty Bomb will take place in about 700,000 blocks, which in practice translates into about 100 additional days of full value production (October 2022);

as a reminder, Difficulty Bomb is a mechanism that extends the time needed to find blocks, so miners mine less effectively;

it should be expected that from the nearest Wednesday, the average time of finding blocks will drop from about 15 seconds to 13.5 seconds, which WILL TRANSLATE INTO AN INCREASE IN WAGES BY 10-15%;

the second practical meaning is DELAY to migration to Ethereum 2.0, Proof Of Stake theoretically may come the fastest in October 2022, most likely it will happen several months later (2023);

developers claim that this is the last defusing of the Difficulty Bomb in history, but remember that the previous declaration from the beginning of 2022 said that the Difficulty Bomb will never be defused again, so it is worth taking the amendment and remembering that Ethereum migration is a complex process and delays are the natural course of things;

THEREFORE WE GAIN AN ADDITIONAL HALF YEAR OF MINING 💪💪💪

We invite you to join mining at the zetpool mine, WE ARE HOT SUPPORTERS OF PROOF OF WORK EXTENSION – if you think similarly, join us and let’s manifest our position together.
EVERY HASH MATTERS🔥🔥🔥